Source: Sally’s Cafe and Bookstore – New on the Shelves – Beyond the Pyre by Steve Costello

Somebody asked me who the strong characters in Beyond The Pyre are. Thoughts of the blacksmith Maréchal zipped through my mind but didn’t stay long because six women are undoubtably the strongest characters in the story.

Simply put, each of them knows how to manage and never runs for cover when the going gets tough and very difficult for some of them it does become.

Early in the story, Catharine’s Wicca interests and some of her knowledge is declared. Others too would be happy to be called wiccan but unfortunately in their own day, they had to be content keeping their interests quiet. There was more than enough ‘witch-hunting’ going on in their worlds without risking being called a witch on top of everything else.

Something wonderful happened today. . . Well, several somethings that I link to the Mystical but I had better not go down that path until I try to define the term.

Mystical | Definition of Mystical by Merriam-Webster

1a : having a spiritual meaning or reality that is neither apparent to the senses nor obvious to the intelligence the mystical food of the sacrament. b : involving or having the nature of an individual’s direct subjective communion with God or ultimate reality the mystical experience of the Inner Light.

What drives me each and every day to be the best that I can be?

“There is nothing so inspiring, so filled with peace, happiness, perfect health, joy, and contentment as the development of the spiritual nature.” Rosicrucian Manuscript.

The development of my own Spiritual Nature drives much of what I do each day, it is a challenging joy. Some people might describe me as a mystic…

“The mystic uses their intuition a great deal, and endeavors to see into the future and to look beyond appearances. She or he reads others’ souls and hearts. A mystic does everything they can to rise up above suffering and despair; they go past the clouds and so glimpse the Sun; being both on their own and connected to the great All, they never forget that to accomplish great things we must be able to do small ones perfectly. The mystic knows that duty well carried out is an act of love and of service; and that for the service to have its full meaning, it must be selfless. It must be a gift of oneself to others, joyously agreed to, and not undergone as a great sacrifice. Love and giving should not be likened to suffering and renunciation, quite the reverse: were this the case, it would no longer be a question of love, but of masochistic behavior. True service only gives rise to good feelings, and expects nothing in return.” Christian Bernard

Christian Bernard’s words are quite a challenge but by following his general outline, I tread my own path and try to shine some light on others. Sometimes I stray, sometimes I hear the words of the Master Within, often not. I have much to learn and by focussing on the messages I do hear, I am able to share the gifts I receive through writing.

Since early this year I’ve followed a few courses offered by Mindvalley and I have to say that some have had a profound impact on my life. Simply put, my Mindvalley quest has been one of the best things I’ve done in a very long while. Yes, of course they need to make money as is true for the majority. More important than that, they offer people of the world the chance to explore and if necessary change their human experience. My experience has been greatly enhanced because of Mindvalley and for that I am very grateful.

The power within is awake now, I’ve stepped into the light that is intended for all of us, regardless of our history. I’m not telling you to hop over to Mindvalley and, there are others offering similar experiences.

What I am saying is; don’t close the door on your true nature. A shift in human consciousness is growing in an extremely positive way and, each and every one of us has something to offer. Follow your heart, it knows the way.

Beyond The Pyre – Pen Portraits – Ben and Louis 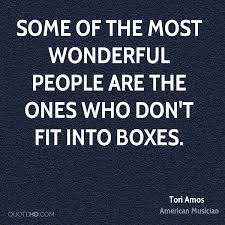 I hope each and every one of you is well today and if you are not feeling so great, I hope you will be soon. Namaste!

This blog edition is a little on the quiet side because as I am sure you will appreciate; writing first. My focus has been very much with my next novel, Under An Ancient Name. I’m not giving away too much, except that it is set in ancient and 21st century Egypt. Keep an eye on the ‘UAAN’ tab for more info.

Catharine’s husband, freelance writer, practising Wiccan and all-round nice guy is not the character emerging from the early chapters of Beyond The Pyre. However, events move along rapidly and push him into a limelight he accepts with ease considering the blows he is dealt.

His spiritual gifts help him to free the mind of a lost soul who thanks him by leading him to Louis a 13th Century nobleman who is strongly opposed to the Cathar crusades. Louis prefers sword to pen and together but by no means the same, he and Ben have essential parts to play in Beyond The Pyre. If you are interested, mid-twenties, both are considered good looking, Ben has blond hair, blue eyes, Louis almost black hair, dark brown eyes, average height, strong build.

As you might imagine, there is a rather serious amount of writing out on the WWW about reincarnation, life after death and everything in and around so my research was considerable. See what you think of the following couple of paragraphs and I would love to hear your thoughts.

In modern times there has been plenty of research into the claims of people who say they have remembered their previous lives. One of the best known cases concerns Shanti Devi, born in Delhi in 1926. At the age of seven she told her mother that she had been alive before, in a town called Muttra. Over the next two years her recall of events increased until she was telling her parents about her previous husband, their house, and her three children. At the age of nine a complete stranger came to the door to discuss business with her father and Shanti claimed she recognised him as her husband’s cousin from her previous life.

To the astonishment of everyone the man did live in Muttra and agreed that his cousin’s wife, Ludgi, had died ten years earlier. When the husband came to visit her, Shanti recognised him immediately and flung herself into his arms. When she was taken to Muttra, she was able to direct the carriage to Ludgi’s house and identified her father-in-law sitting in front of it. She also recognised her two eldest children, but not the youngest, whose birth had cost Ludgi her life.

There is a growing wealth of cases like Shanti’s that suggest reincarnation and many people are exploring ways to unlock their own lost memories. Some people have spontaneous recall but there are also professional people who will help people unlock their hidden memories. Often, ‘Past Life Therapists’ use deep relaxation sessions or hypnotic techniques to guide their client back into time. Firstly they encourage them to recall events in this life and then back into early childhood. A point comes when they can ask the subject to look to the time before their birth and recall what they see and feel. Some describe a period between lives where they live in a heavenly afterlife but many go straight to memories of past lives.

Yes, it’s true! I have told you very little about Ben and Louis. By sharing a small piece of research from one of my sources, I have given a few clues about what connected them. Is that me getting off the hook?

I prefer not to endorse programs and courses unless I have direct experience. This one I have experience of and highly recommend the ‘Free Program’ offer. I think it’s essential as a writer to consider as many alternatives to the norm as possible. It expands thinking and broadens content. Through PgP I have found something that resonates for me personally and have gone beyond the Free Program.

Good people are heart driven evolutionaries transforming the world through the power of love. They care for themselves, their families, communities and the entire planet, nourishing and supporting life everywhere.

If you are rich in mindfulness, love, creativity, compassion and all that makes a person wealthy, and feel that it is time to also increase your financial well-being, please consider joining the Prosperity for Good People program. You can try it out for free!

I tested an app today that might help with the dreaded writers’ block. This is worth a look, the process is colourful and it does get you thinking about what may be causing the blockage. OK, I was testing so working through perhaps a little more quickly than I might in a time of need; I finished in about five minutes. You need to give them an email address to sign up and they do sell sets of flash cards but not in your face. This is an App that helps.

Comments relating to this blog or other aspects of my work are welcomed. I am also happy to consider collaboration with other authors and bloggers. If you would like to know more about me, send me a message at authorstevecostello@gmail.com