Reach Out Beyond The Pyre 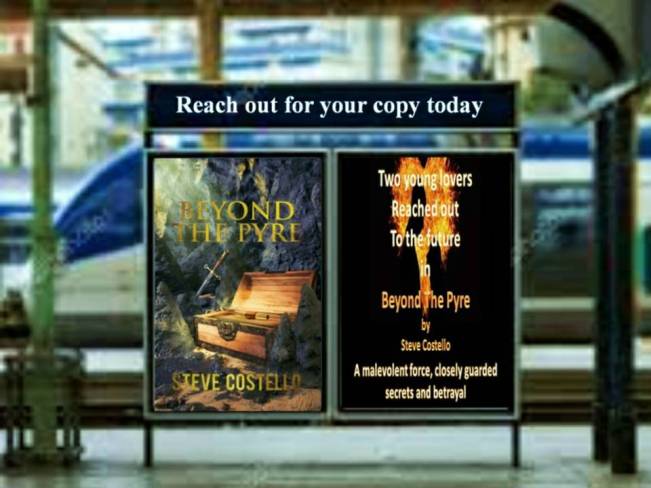 As the storylines developed and were woven together I was drawn deeper into the historical fabric of this carefully researched book. The strongly drawn characters, shades of fantasy and dramatic action overlaying the real history of the Cathars made for an enjoyable and interesting read. David Berkshire (Amazon.co.uk)

I thought the characters were brilliant, and I loved the link between the different centuries, as well as the switch between perspectives and the interesting use of setting. Eleanor Jones

Direct from the publisher, Austin Macauley or Amazon and your local book store, this exciting new novel moves seamlessly between the 13th and 21st centuries. An absorbing read and the second novel from author, Steve Costello. Steve is nearing completion of a third novel, set in very ancient times and the present. Exploring our timeless position in the universe while following some of the BTP characters.

Beyond The Pyre is set in the south of France and within the human mind. Two young lovers reach out to their future selves. Their task; to help protect an ancient secret that humankind must never see. Two quintessentially evil characters stand out but there are hundreds of others with a different motivation. Some seek to destroy everything; others only want the power of the secret. The flame of the human spirit leads characters living across the centuries down many paths. Find out if their spirits truly connect or was it wishful thinking brought about by hope and fear motivating creative ways to survive.

From the darkness beyond the pyre,

two young lovers reach out to the future.

A malevolent force lurks in the shadows,

seeking to destroy them

and expose their closely guarded secret.

Published by Austin Macauley, Beyond The Pyre is available in Digital, Hardback and Paperback formats.

. . .  past, present and future collide. Things the characters never thought about come to life. Pulling them into startling events set in the 13th and 21st centuries. BTP isn’t a ghost story. It is as real as the words you are reading now.

In 13th century France during the time of the crusades against the Cathars, two young lovers call out to the 21st century from Beyond The Pyre. Catharine, an adept spiritual traveller hears the call and realises her connection with Elionor, a 13th century noblewoman. There is a treasure that must survive the centuries and stay out of the human domain. The women are central to the survival of the treasure and they must keep it out of the hands of Les Deux, servants of a dark master.

Historical fact merges with fiction which merges with Spirit and mysticism. This story is as much about the Steve’s spiritual journey as it is a gripping story about survival. BTP is about new relationships, loss of loved ones and the tenacity of the human race to make sense from chaos.

Don’t forget your local bookstore. If they don’t have it in stock, they can order for you.

4 thoughts on “Reach Out Beyond The Pyre”